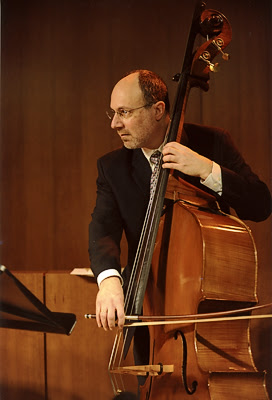 Peter Weitzner, a graduate of The Juilliard School, has performed with Solisti New York, the Jupiter Symphony, EOS Ensemble, SONYC, Philharmonia Virtuosi, Stamford Symphony, Musicians Accord, and the New Jersey Symphony. As a soloist, he has appeared with the Baltimore Symphony and performed the New York premiere of Sheila Silver’s Chant for bass and piano. Mr. Weitzner has been a frequent participant at international music festivals including Mostly Mozart, OK Mozart, Cape May, Festival of the Hamptons, Bratislava Music Festival, and the Bruckner Festival in Linz, Austria.

He has also performed with the dance companies of Lar Lubovitch and David Parsons as well as Merce Cunningham’s 80th birthday celebration at the Lincoln Center Festival in the New York premiere of Biped. He also participated in a performance at NJPAC (NJ Performing Arts Center) with the re-emerging Alice Coltrane shortly before her passing. For ten years Mr. Weitzner toured the world as a member of the Giora Feidman Trio. In the spring of 2009, he was invited to become a member of the Quincy Jones Musiq Consortium, an arts education advocacy group comprised of arts-related non-profits, musicians, and educators.