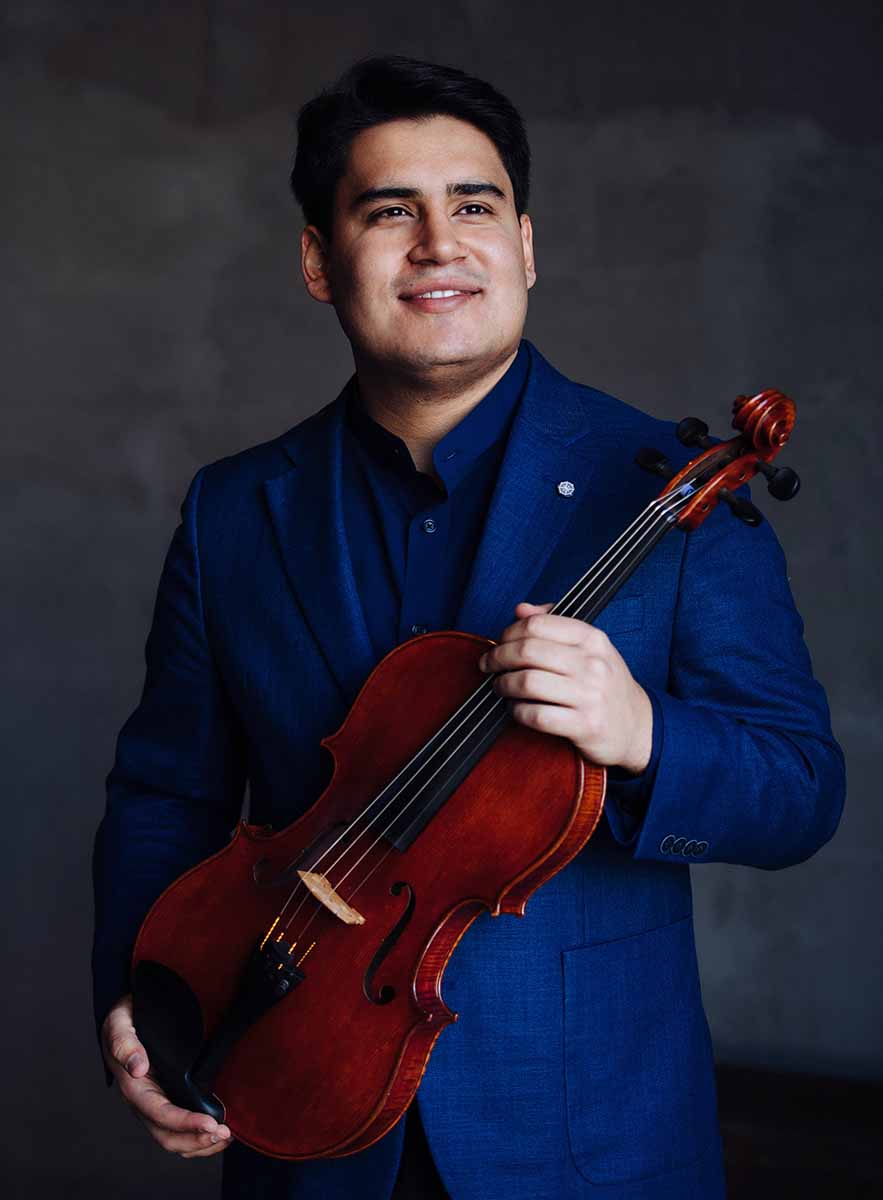 Often celebrated for its rich, mellow sound, and sometimes overlooked because of how well it blends in, the viola, which could be called the ‘middle child’ of the string family, was a favorite of composers during the late 18th and early 19th centuries. Mozart, a very fine violist himself, often chose to take that part in performances, and he popularized the idea of using two violas in small ensembles with his Viola Quintets, most of which are considered absolute masterpieces of the chamber music repertoire. The horn was another of his favorite instruments, and his Horn Quintet showcases both.

Andreas Romberg, a contemporary of Mozart’s, whose music received considerably more attention during his own lifetime, also employed two violas to enrich 8 quintets that he composed featuring the flute. His Quintet in E Minor is immensely appealing with its minor key ‘Sturm and Drang,’ abrupt dynamic changes and pulsing rhythms contrasted by smooth and flowing melodies and a rendition of “My Country, ‘Tis of Thee.”

Inspired by Mozart’s form, Mendelssohn’s energetic Viola Quintet is among the strongest chamber works from the end of his brief life, and a fine example of his evolving style, as he pursued modes of more overt and dramatic expression, including a powerful Larghetto that features some of his most sober and tragic writing.

Your support has continued to allow us to offer music lessons, public school residency programs, and so much more.

Recognized as one of New England’s finest musical ensembles for four decades, the North Country Chamber Players combines the talents of principal players from internationally renowned orchestras and chamber groups. Their world-class performances of old and new classics in relaxed and comfortable settings have made the Chamber Players a fixture of northern New Hampshire’s cultural scene.