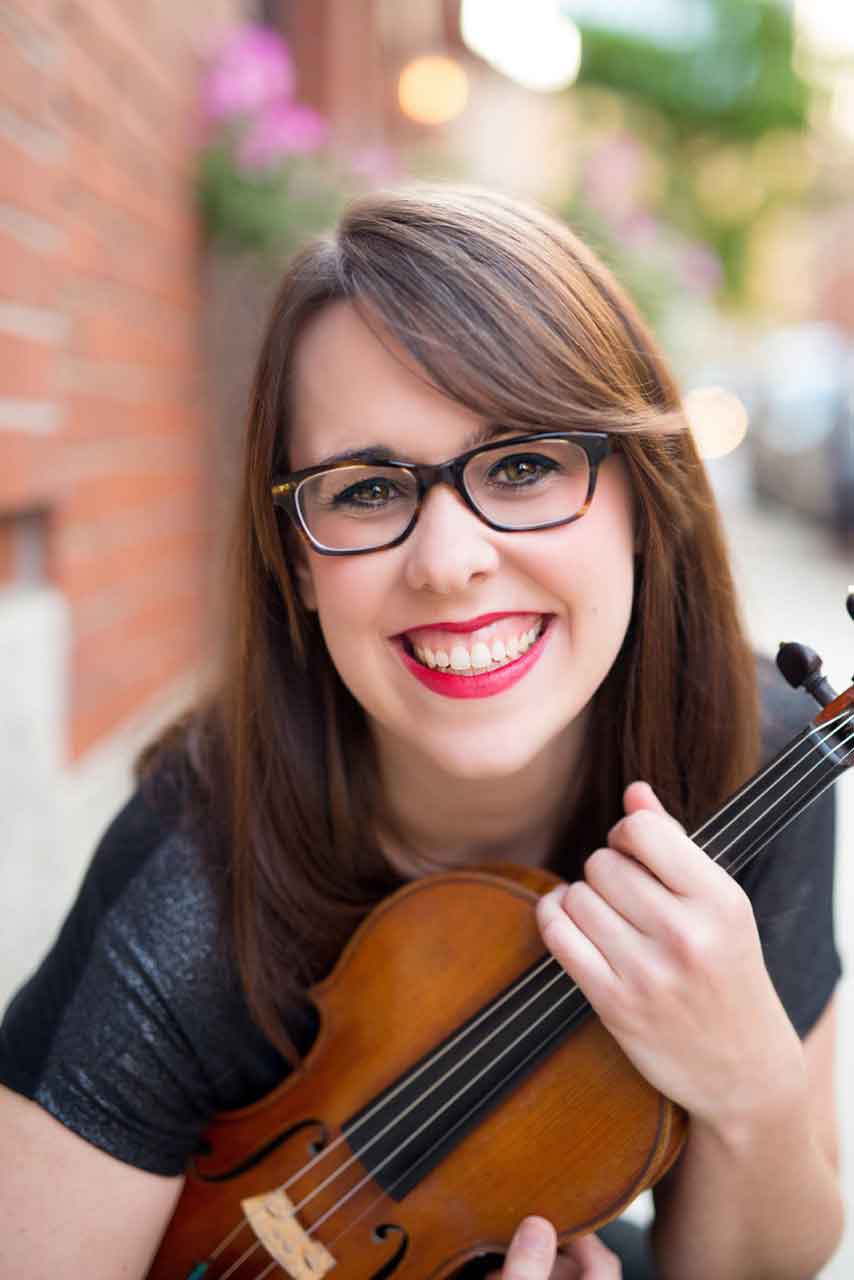 Georgia native Gabriela Diaz began her musical training at the age of five, studying piano with her mother, and the next year, violin with her father.

As a childhood cancer survivor, Gabriela is committed to supporting cancer research and treatment in her capacity as a musician. In 2004, Gabriela was a recipient of a grant from the Albert Schweitzer Foundation, an award that enabled Gabriela to create and direct the Boston Hope Ensemble. A firm believer in the healing properties of music, Gabriela and her colleagues have performed in cancer units in Boston hospitals and presented benefit concerts for cancer research organizations in numerous venues throughout the United States.

Gabriela’s recording of Lou Harrison’s Suite for Violin and American Gamelan was highlighted in the New York Times Article “5 Minutes That Will Make You Love Classical Music.”

Critics have acclaimed Gabriela as “a young violin master,” and “one of Boston’s most valuable players.” Lloyd Schwartz of the Boston Phoenix noted, “…Gabriela Diaz in a bewitching performance of Pierre Boulez’s 1991 Anthèmes. The come-hither meow of Diaz’s upward slides and her sustained pianissimo fade-out were miracles of color, texture, and feeling.” Others have remarked on her “indefatigably expressive” playing, “polished technique,” and “vivid and elegant playing.”

Gabriela plays on a Vuillaume violin generously on loan from Mark Ptashne and a viola made by her father, Manuel Diaz.