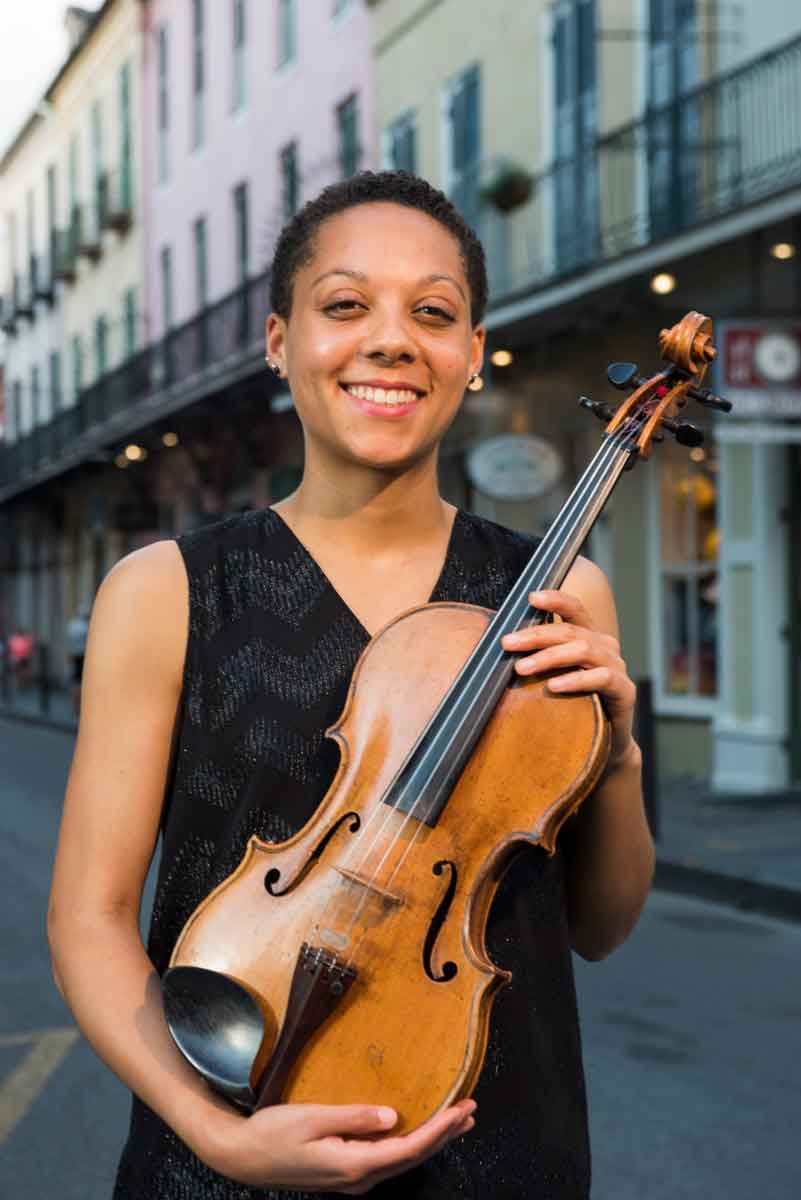 Dana Kelley, praised for her rich and beautiful tone, has been a top prizewinner in the Sphinx Music Competition and the Irving M. Klein International String Competition. She is a member of the Orpheus Chamber Orchestra, and beginning Fall 2020 will join the viola faculty at the Mannes School of Music at the New School. Dana received an Artist Diploma in String Quartet Studies with the Argus String Quartet as the 2017-2019 Graduate Quartet in Residence at The Juilliard School. The Argus Quartet was named the First Prize Winners of both of the 2017 M-Prize Chamber Arts Competition and the 2017 Concert Artists Guild Victor Elmaleh Competition and were recipients of the 2018 Classical Recording Foundation Award and the 2018 Salon de Virtuosi Award.

Dana’s performance schedule has brought her to many prestigious venues and festivals, including multiple recitals at Carnegie Hall, Alice Tully Hall, Merkin Recital Hall at New York’s Kauffman Center for the Performing Arts, the Ravinia Festival, and Bravo! Vail. Dana has collaborated with artists such as Ralph Kirshbaum, Nobuko Imai and Miriam Fried, pianists Leon Fleisher, Anne-Marie MacDermott and Misha Dichter, and Astrid Schween of the Juilliard String Quartet.

She participated in Ravinia’s Steans Musicians on Tour and frequently performs with The Metropolitan Opera Orchestra, the Saint Paul Chamber Orchestra, the Orchestra of St. Luke’s Chamber Ensemble, A Far Cry, and The Knights chamber orchestras. She has attended festivals such as Ravinia’s Steans Music Institute, the Lucerne Academy, the International Summer Academy of the mdw – University of Music and Performing Arts Vienna, the Schiermonnikoog International Chamber Music Festival, Kneisel Hall, and the Aspen Music Festival and School.

Dana was a 2014-2016 Fellow in Ensemble Connect – a performance and teaching program of Carnegie Hall, The Juilliard School, and The Weill Music Institute. She received her Bachelor’s of Music from the Blair School of Music at Vanderbilt University, studying violin with Cornelia Heard and viola with Kathryn Plummer, and completed her Master’s of Music degree at the New England Conservatory as a student of Kim Kashkashian.