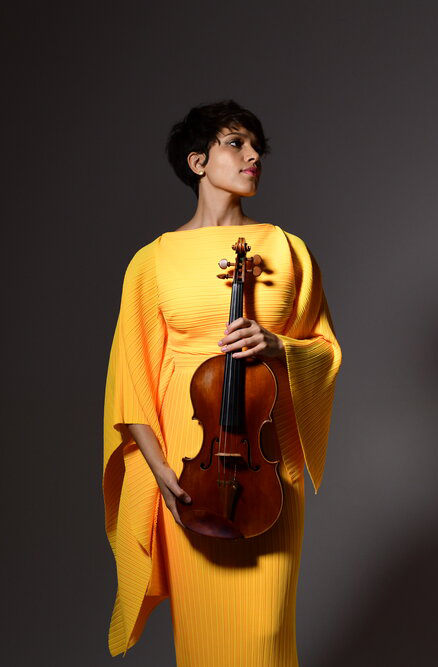 Based in New York City, violist Celia Hatton finds herself in a myriad of musical settings.  From premiering new works for solo viola, to collaborating with dancers, to exploring the conductorless chamber orchestra process, Hatton’s ability to adapt to various creative backdrops has led her to a colorful career performing throughout the US, Europe, and Asia.

She has given the world premiere of string quartets by Colin Matthews, Derek Bermel, and Felix Jarrar, as well as premieres of solo viola works by Ansel Chang at Carnegie Hall and Jonathan Katz at Jacob’s Pillow Dance. Hatton was a member of the Zorá String Quartet and has performed with the Harlem Quartet and Blair String Quartet. She is the core company violist for Periapsis Music and Dance, a creative collective that cultivates collaboration between composer and choreographer, musician and dancer, to create new concert works. She’s performed throughout South Korea as performing artist for the New York in Chuncheon festival and an Honorary Ambassador to the city of Chuncheon.

Hatton has performed at the Apollo Theatre, Jazz at Lincoln Center in collaboration with Paquito D’Rivera, Smalls Jazz Club, The Blue Note Jazz Club, and Birdland Jazz Club. She can be heard on Mark Gross’ jazz album “+ Strings,” BIGYUKI’s electronic album “Reaching for Chiron,” and Terry Slingbaum’s “Slingbaum One.

She has performed on NBC’s Today Show in conjunction with NPR, and performed with Alicia Keys, Eminem, Frank Ocean, John Legend, Justin Timberlake, Madonna, Pharrell, and Stevie Wonder, among others. Hatton can be heard on the movie scores of Judas and the Black Messiah, Joker (2019), Western Stars, I Tonya, A Dog’s Purpose, The Girl on the Train, Goldfinch, and The Greatest Showman.

Hatton received her Professional Studies and Master’s Degree from Manhattan School of Music where she studied with Karen Dreyfus as the recipient of a William Randolph Hearst Scholarship. She earned her Bachelor’s Degree with Kim Kashkashian at New England Conservatory receiving a Presidential Distinction Award Scholarship and Frances O. and Elizabeth Hunnewell Scholarship.