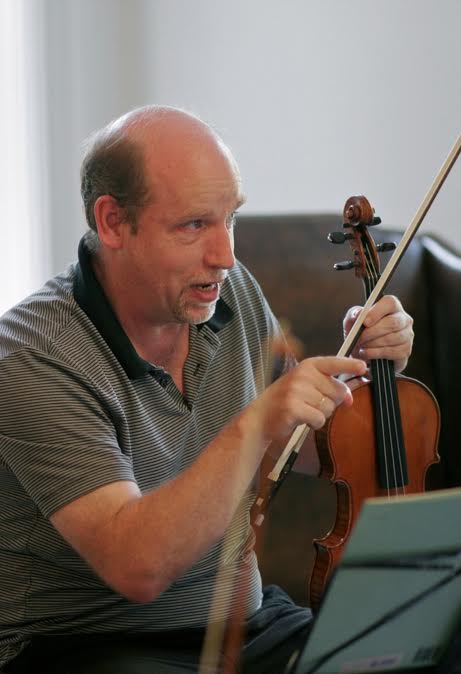 Calvin Wiersma, violinist, has appeared throughout the world as a soloist and chamber musician. He was a founding member of the Meliora Quartet, winner of the Naumberg, Fischoff, Coleman, and Cleveland Quartet competitions. Mr. Wiersma was also a founding member of the Figaro Trio and is currently a member of the Manhattan String Quartet. In addition to worldwide touring with the Quartet, Mr. Wiersma’s wide range of musical activities have recently involved performances at Bargemusic and Merkin Hall, and national and international tours with the Orpheus Chamber Orchestra and his contemporary music ensemble Cygnus. He has appeared at numerous Music Festivals including Aspen, Vancouver, Rockport, Bard, Portland, Crested Butte, North Country, Central Vermont, New Hope, Interlochen, An Appalachian Summer, Cape May, and Music Mountain. A noted performer of contemporary music, Mr. Wiersma is a member of Cygnus and the Lochrian Chamber Ensemble, has toured extensively with Steve Reich, and has appeared with Speculum Musicae, Ensemble 21, Parnassus, and NYNME. Mr. Wiersma is an Assistant Professor of Violin and Chamber Music at the Ithaca College School of Music. He has previously served on the faculties of the Purchase Conservatory of Music, Lawrence Conservatory of Music, Florida State University, Brandeis University, and the Longy School of Music. He has conducted master classes throughout the world, has been on the Faculties of several summer programs, and an artist in residence at numerous institutions including Colgate University, CalArts, the Smolny Institute in Moscow, Russia, and CMI in Khiryat Shemona, Israel.