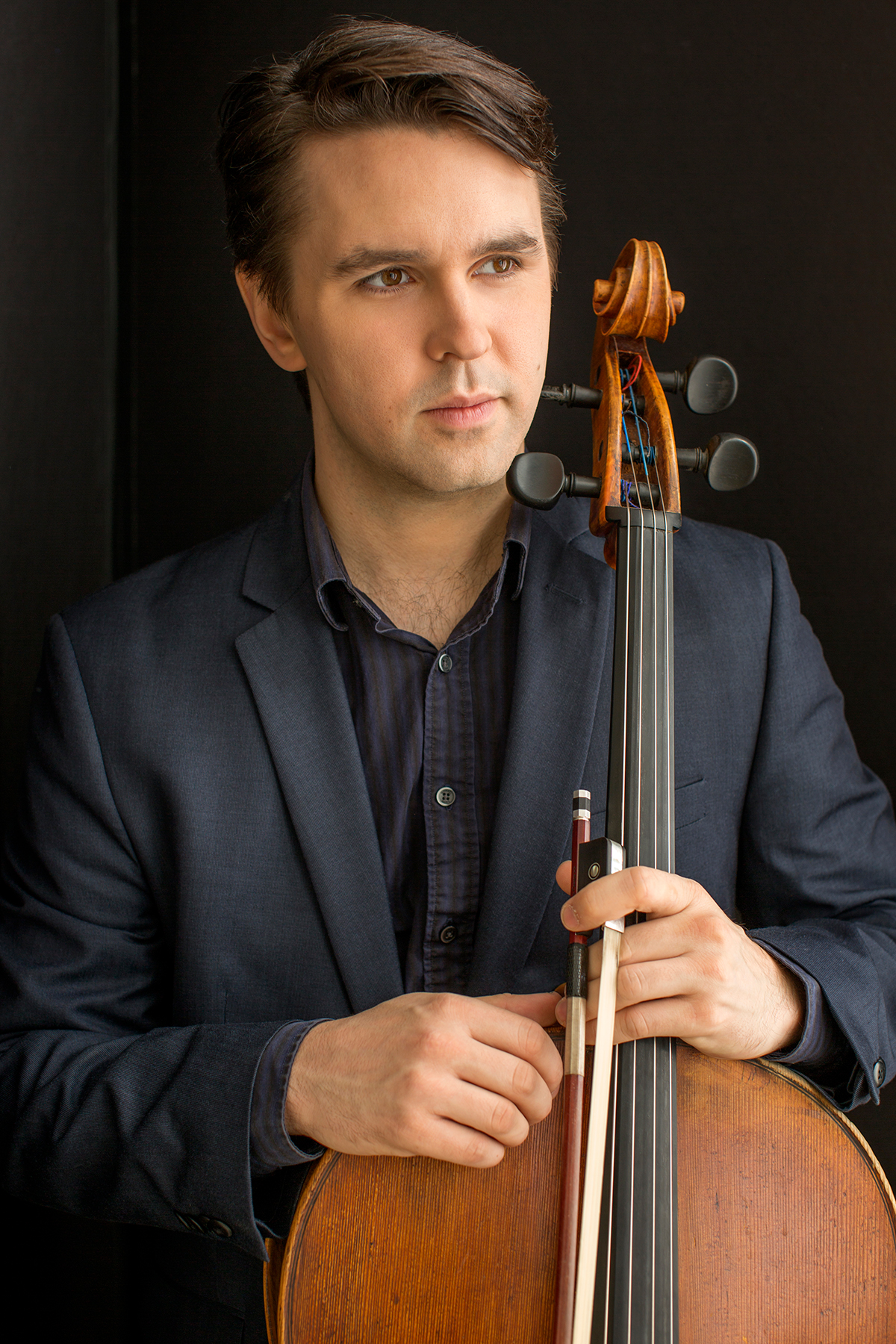 Hailed by the New York Times for his “muscularity and shimmering lyricism”, “glowing tone”, “insightful musicianship”, and “sumptuous elegance”, cellist Andrew Janss’ performances have been enjoyed across five continents in some of the most hallowed venues in the world, including Carnegie Hall, The Kennedy Center, The Sydney Opera House, and the Louvre. Mr. Janss has collaborated in concert with a long list of iconic artists, including Itzhak Perlman, Pinchas Zukerman, Lynn Harrell, Leon Fleisher, Richard Goode, and members of the American, Emerson, Guarneri, Juilliard, and Takacs String Quartets. Finding inspiration and musical growth from exposure to great artists across all genres, Andrew has also performed alongside chart-topping performers such as Lana Del Rey, Mary J. Blige, Florence + the Machine, and The Roots. As a writer/arranger, the performance of his arrangement of Pink Floyd’s Dark Side of the Moon for singer and string quartet at MacArthur Park in Los Angeles was attended by over 5,000 people. Janss is cellist of the acclaimed Solera Quartet, in residence at the University of Notre Dame. Previously, Mr. Janss was the founding cellist of the Escher Quartet, one of the most highly acclaimed string quartets of its generation, and with whom he was in residence at the Chamber Music Society of Lincoln Center as part of Chamber Music Society Two from 2007-10. Janss has served as Guest Principal Cellist of the St. Paul Chamber Orchestra, and tours extensively with the Mark Morris Dance Group. Andrew tours and records for the groundbreaking band Break of Reality both in the United States and as cultural ambassadors for the US Department of State to Haiti, Brazil, Kazakhstan, Azerbaijan, Turkmenistan, Mongolia, Malaysia, Korea, Japan, and the Philippines, collaborating with local musicians and composers in each country they visit. Respected nationally as a teacher and coach, Janss has given masterclasses at Notre Dame University, Tulane University, VCU, the University of Nevada, and the University of Idaho.